We have a quick understanding about what each other is aiming for with a song idea. A couple of reference points, a title, a musical hook, and we're off, although finishing them properly can take a while. A song has to have some original "thing" to it, and something in there that people could get, or relate to. We have finished quite a few songs, have an album recorded, and another well on the way. Why stop now? We had enough time off already. Almost as much as ABBA.

Autoleisureland was a car-related retail park in Sunderland in the mid-1970s. The new Spire bridge over the River Wear goes through the site now. It was old industrial buildings turned over to used cars, Halford's, and some stalls selling cut-out US Soul and Jazz LP's. And Bovril. The roof leaked. But it was great. Under that roof, Bootsy and Castrol GTX. Our first release.

Fade Out is an electro-pop/rock thing, wondering musically what would happen if Eurythmics, Hall & Oates and Steely Dan mashed it up one night. And also what Paul says. The lyrics may be about a band similar to the Kane Gang, having no luck with a record company similar to a certain Hollywood record company they were associated with, after a couple of similarly decent hits.

KC & The Sunshine Band, (released July 2022) as a song, and as a recording, came from a vivid dream I had in the 1990s, where I was in a floating disco, on a ship in the river Tyne, and the record playing was this actual song; it was number one in the charts, everyone loved it, it was called KC & The Sunshine Band, and it was sung by Donald Fagen. Makes sense. I tried to get our song to sound as close to this dream as I could. After years of trying, it's done. Our second single , out now.

The Blue Star Paul explains this one better as he wrote the lyric and had the idea. I had the concept of a few different musical genres co-existing, and a structure that never settles, just suspends itself in a kind of loop, like a rhythmic pub crawl where the chords never resolve, they never "go home". Kind of, but with a fresh West Coast feel.

Autoleisureland is about small town dreams and aspirations and wanting to create and take part in something different - only to find out things rarely end up that way. Our former band The Kane Gang had a US hit with Motortown, which we can safely bet was the only American chart record about a Japanese car plant in Sunderland. We felt there was more to write about that subject, so basically Autoleisureland is a prequel to Motortown and our new album's title track Infiniti Drive is the sequel. This was the first recent song we collaborated on and it really opened up the way for how we wanted to sound.

The main musical vision for Fade Out was an amalgam of A-ha crossed with Don Henley's The Boys Of Summer - electropop with West Coast rock. Lyrically, it was going to be a metaphor for the ending of a relationship but it changed into being about a pop band who were just discovering their best days were already behind them. It's not all autobiographical but some things we experienced are in there

KC & the Sunshine Band is about everything and nothing, about disco and pop, about "the potency of cheap music" - and how artists can be naff but great at the same time.

The Blue Star Years ago I worked away from home and returned most weekends by train. I remember  speeding through the dark, past the Team Valley railyards, heading to the Tyne's glittering bridges overlooked by the sapphire sign of the Newcastle Breweries - a star gazing down on a city, world-famous for beer and the drinking of it. Blue Stars used to shine on almost every corner.

Those memories sparked the first few lines of this song but it also led me to examine the North East's, and my, relationship with alcohol. Was The Blue Star shining on our forebears offering an escape or was it really Blue Kryponite - weakening their lives while reinforcing the vicious cycle of work, drink, poverty, misery and making brewing barons even richer?

Now Newcastle is regularly named as one of the world's top party cities. Thousands hit 'The Diamond Strip' at weekends. Step carefully, there's ghosts out there. 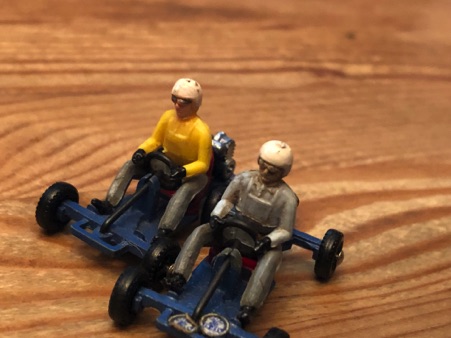 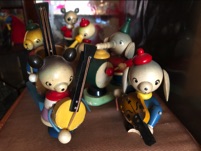 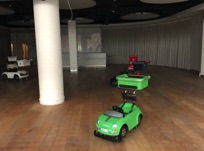 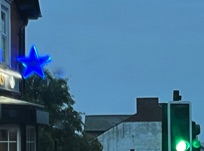